Everything You Ever Wanted To Know About Chocolate 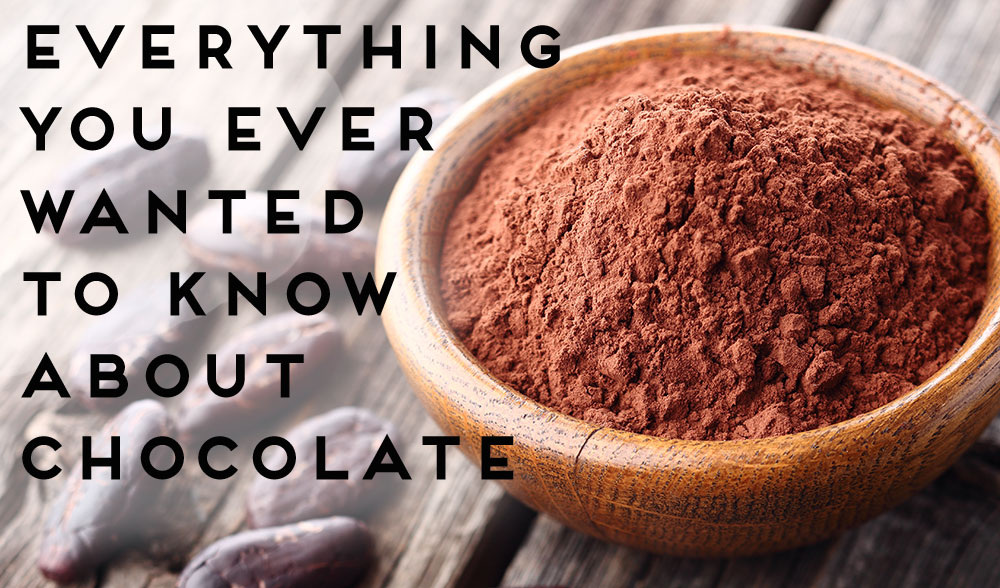 At Lehi Valley we run the gamut of types of chocolate lovers, from the newbies who still think white chocolate is chocolate *gasp,* to the true purists (or snobs depending on who you talk to) who only search out the darkest, most bitter chocolate they can find. No matter which end of the spectrum we all fall on, we do agree that quality is key. And while we take our chocolate very seriously, we still like to have fun so here are a few fun facts and common pairings as you prepare for Valentine’s Day.

1. Americans buy more than 58 million pounds of chocolate on Valentine’s Day every year. That’s 5% of annual sales on one day!

2. White chocolate isn’t technically chocolate. It’s a confection using the fat from the cocoa bean or cocoa butter mixed with sugar and a few other ingredients. “Real” chocolate is made with chocolate liquor, which is pure ground cocoa paste.

3. Chocolate has health benefits! It can act as a pain reliever, induce relaxation, boost energy, help prevent tooth decay, is good for heart health, and can even support a longer lifespan!

4. The cacao tree originated in Central and South America, and is believed to have been cultivated as early as 2600 BC by pre-Olmec societies, and later by the Mayans and Aztecs. These cultures ingested chocolate as a thick, frothy, and bitter beverage, and used cacao beans as currency. They weren’t the only ones who knew chocolate’s worth: soldiers in the Revolutionary War were also sometimes paid in chocolate.

5. Chocolate was introduced to Europeans in the 1500’s by Spanish explorers and Jesuit missionaries, where it was enjoyed almost exclusively by the aristocracy for more than a century.

6. The first eating chocolate, or chocolate “bar,” was introduced in England in 1847, but didn’t gain popularity until the Swiss made it less bitter by adding milk in 1874.

7. The scientific name for the cacao tree is Theobroma cacao, Latin for “food of the gods.”

8. Chocolate famously pairs well with wine, but can be paired with just about anything like balsamic vinegar, meat and seafood, potato chips, chilies, honey, and bacon.

10. Chocolate is the favorite flavor of more than 50% of adults in the US. We welcome you to our club!

Make a Sweet Impression with Private Label Chocolate for Valentine's

Delicious Trail Mix in Bulk for a Crunchy Spring Snack

We have the people, the products, and the know-how to help your business grow.